Only projects serving poor communities are selected for assistance. We steer clear of major tourist centres which are over-run with so-called ‘voluntourists’.

Nepal still has a long way to go to pick itself up after the 2015 earthquake destroyed so many buildings, particularly the older brick houses and ancient monuments. But the tourist trade has recovered and most areas of the country are now safe to visit.

After nearly a decade of wrangling, a new constitution was established in 2015.  Although there is some unrest from communities that feel they may lose out, this historic agreement will, hopefully, lead to a reduction in strikes and protests on the streets in the long term. Nepal remains one of the poorest countries in the world.

For up-to-date information about factors that may affect your visit, you should consult the travel advisory services of your government. This is the British government’s advice. You may also like to see the US State Department’s travel advice.

In addition to teaching, we are looking for doctors and dentists for a mobile medical clinic in October and November. Shorter assignments of two to three weeks can be considered for these non-teaching posts.

To volunteer in Nepal, click on a region that interests you under “Locations”. 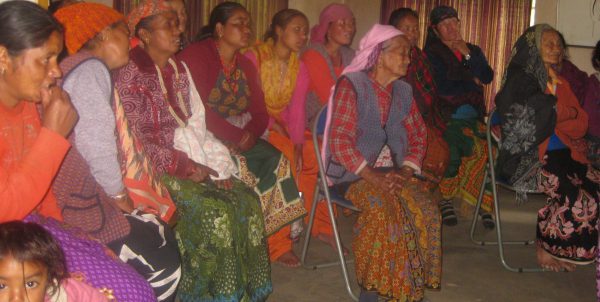 In Nepal HELP sends volunteers to:

[HELP is] a very professional and ethically sound organisation with a real human element. Also extremely cheap when compared to many of the GAP year organisations. The application process was relatively stress free and the recommendations made by Jim Coleman of accommodation and school were spot on for me. I appreciated the opportunity to immerse myself in a culture and community off the beaten track and really experience Nepal. The HELP representative in Kathmandu was excellent. All in all I felt very well looked after.

Because the school years in India and Nepal differ, it is possible to teach at a HELP sponsored school through the year.

In Nepal the school year normally starts at the end of April and finishes at the end of March. There are, typically, 10 days of summer holidays in June, and another 10 days of winter holiday in January (except in the Western Nepal schools). However, there are variations to this general pattern depending on the individual school.

In addition to the holidays mentioned above, the school programme in both Nepal and India is interrupted first in early October by the major annual Hindu festival of Dussehra (or ‘Dasain’), and then 21 days later by the festival of lights called Diwali. These festivals add up to roughly two weeks of holiday. Therefore, at this time of year, preference is given to volunteers who can commit themselves to three months. The weather is usually wonderful in these autumn months, so the holidays provide a great opportunity to trek or travel, or to wander around and observe the many religious activities taking place.

From the schools’ point of view, the best times for volunteers are from May to September, and from December to April, but other times are possible.

This is an administrative region of Nepal which includes the northern zones of Dhaulagiri and Gandaki, and, in the south, the Lumbini zone. It is in this region where the famous treks to the Annapurna and Dhaulagiri mountain ranges take place, with Pokhara as the base. In the extreme north of this region lies the district of Manang where the projects we support are located.

We currently support three village schools, and,in one of these villages, a medical clinic. These are remote assignments, and require some hiking to reach them. We are looking for  doctors and dentists for the clinic and to travel with mobile clinics. Shorter assignments of two to three weeks are accepted from medically qualified staff.