The following article appeared on the BBC website recently: 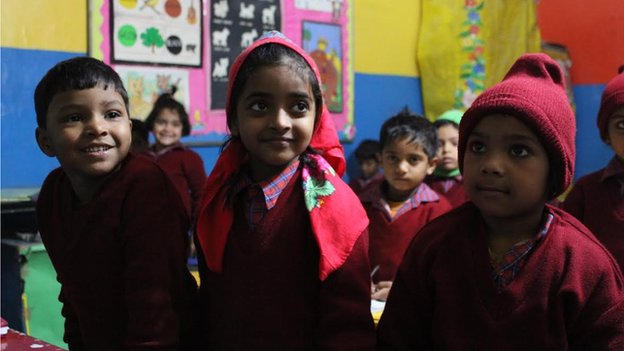 In an unauthorised colony of labourers in Delhi, a class of six-year-olds is reciting English, a language their parents hope will get them jobs in call centres and offices.

But later this month the classes will stop.

Ramditi JRN Deepalaya is among hundreds of small private schools – which have multiplied in India selling education at 100 rupees ($1.6; 96 pence) a month – that are being forced to sound the final bell because they do not comply with a law which makes education a fundamental right for children.

Teacher Gitanjali Krishnan said the school in Panchsheel Enclave would have to triple student fees to meet the demands of the law.

“Our parents are the poorest of the poor, labourers and migrant workers, they won’t be able to afford it,” she said.

When the Right To Education (RTE) law was introduced in 2009 it was hailed as a major step to bridging the cavernous gap between the education of rich and poor in India.

The law mandated education as a human right that should be free and compulsory for children from six to 14 years of age and ordered schools to have infrastructure like playgrounds and girls’ toilets.

But now critics say the landmark legislation is hurting those it was made to help – by forcing private schools in slums and poor areas to shut because they lack the space and finances to change.

Since the RTE deadline passed on 31 March 2013, several states have been ordering non-complying private schools to close, shifting most of the children to government schools.

Officials in Punjab said they closed 1,170 schools, Haryana shut 713, while Tamil Nadu closed “a little more than 400” and Andhra Pradesh “not more than 400”.

Data on schools closing is patchy, with some states relaxing the RTE rules. 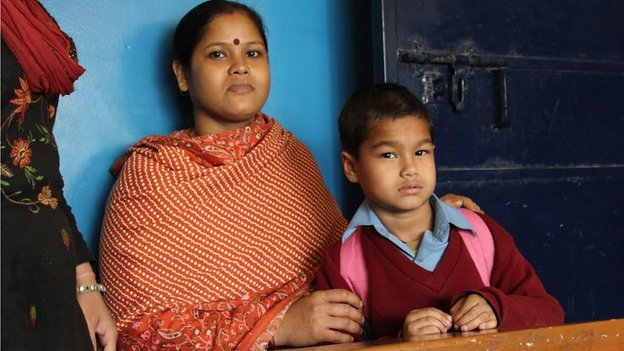 Baladevan Rangaraju, director of think tank India Institute, who has been monitoring media reports, has counted 2,692 schools shut and 17,871 at risk.

He said states where schools were threatened with closure included Karnataka, Kerala, Maharashtra and Delhi.

Critics of the law say that while far from perfect, India’s bargain-price schools have been producing better performing students, while government schools have gained a reputation for teachers that don’t show up for class and most don’t offer the coveted English-medium tuition.

A rural survey found that private students performed better in reading and math than government students.

The Annual Survey of Education (ASER) also highlighted the shift to private education, with enrolment increasing from 19% in 2006 to 29% in 2013.

But state officials said the schools shut were not good enough for students.

“It’s our duty to close those schools that are not providing the best facilities, some don’t have toilets or water,” Punjab’s additional state project director Parampal Kaur said.

“As per the RTE, we are required to close those schools.”

Ms Bhukkal said a further 1,379 schools would be closed in Haryana after the end of the school year in March. 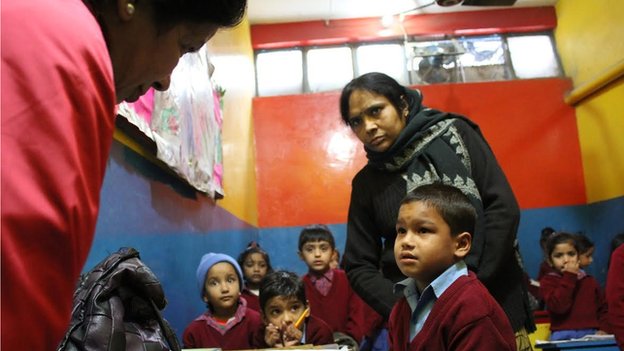 The government says many private schools do not offer quality education

Andhra Pradesh Minister for Primary Education Dr Sake Sailajanath said the state had closed schools with 10 students or less, and a further 800 would be shut this year.

“A school with less students than that won’t give education that children require,” he said.

“These [schools] are private companies… in government schools we give them free books, free uniforms.”

“We employ only trained teachers, in the unrecognised schools [which are not registered with government] we have absolutely no idea what kind of teachers they employ,” she said.

Ms Kulkarni said a further 300 schools would be shut in the state this year.

“There is nothing literally in the law that makes it mandatory for a teacher to teach – their salary is not linked to performance and the children are not tested,” said Mr Rangaraju

University of Newcastle professor James Tooley, who has studied India’s private schools, said governments should be trying to improve them rather than close them.

“You should not be telling parents to be patient and wait for government schools to improve. Meanwhile, all the government officials are sending their children to private schools,” he said.

Some of Indian states are being more lenient – like Gujarat, which has weighted the measures for evaluating schools, with 70% given to learning outcomes and 15% to infrastructure and teacher qualifications.

One of those students was Sangeeta Pillai’s 11-year-old daughter, who now attends a government school.

Ms Pillai says her daughter complains that her new teachers don’t check her work and she often has to sit on the floor.

“There’s about 100 children in some classes,” she said.